The Blum Group upped its turnover by 2.8 % in the 2017/2018 financial year thanks to products and services that are consistently geared to furniture manufacturers’ needs, international market presence and great flexibility on the part of employees. Growth amounted to 5 % adjusted for currency effects.

Manufacturer of fittings, Blum, increased its turnover by 2.8 % in comparison to the previous year and recorded 1,839.42 million euros in turnover in the business year ended 30 June 2018. Growth amounted to 5 % adjusted for currency effects. Blum achieved 48 % of its turnover in the EU area and 15 % in the USA. The fittings specialist delivers its products to more than 120 countries all over the world and is represented internationally by 30 subsidiaries and representative offices. It has been decided that the third generation will take the helm of Julius Blum GmbH on 1 July 2019.

Employees are the basis of our success

“Our success is mainly due to the high performance of our team worldwide and the excellent collaboration between all our departments and organisations,” says Managing Director Gerhard E. Blum, underlining the importance of employees to Blum. On average, the fittings manufacturer employed 7,509 persons worldwide, which is a growth of 368 employees in comparison to the previous year. In addition, 94 new apprentices (15 of whom girls) will start a technical course of training with Blum Austria on 1 September. The Blum Group will provide vocational training to 361 apprentices (19 of whom at Blum USA) as of autumn.

Most markets in Western Europe achieved an increase in turnover in the 2017/2018 financial year. The company benefited from continued recovery in South European markets and recorded ongoing positive developments in Eastern Europe. The upswing of the Russian market was very pleasing. The strength of the euro had a negative impact on sales in America, the Pacific region and in Asia over the last 12 months. This led to a decrease in turnover in North and South America, although the development was positive in the national currency. In Asia, above all in India, China and South East Asia, growth continued despite negative currency effects.

The first production hall of the new Stamping Centre (Plant 8) in Dornbirn was completed and employees started moving into the new premises before the start of the holiday shutdown. The high bay warehouse with 11,600 places will go into operation at the same time. The second production hall should be completed by April 2019. Employees will move into the new office building at Plant 2 in Hoechst from September to December 2018. A substantial amount is also invested in Blum’s market organisations to further improve the company’s offering worldwide. For example, a new high bay warehouse was put into operation in Poland, and a new showroom opened in Slovakia. The extension to the office building and warehouse in Portugal should be completed by September 2018. Investments of the Blum Group totalled 216 million euros in the 2017/2018 business year.

Environmental protection and careful use of resources

Blum attaches importance to environmental protection and careful use of resources. That is why the company has been investing in environmentally-friendly measures for decades. Since the start of 2018, 100 per cent of Blum’s energy has been generated from certified hydropower. With this measure the manufacturer of fittings intends to reduce its CO2 emissions in Austria by well over a third. Blum has teamed up with other companies in the province and is an active member of three environmental protection networks: Climate Neutral Alliance 2025, the Energy Efficiency Network and the “Wirtschaft Mobil” network. 13 electric cars are at employees’ disposal for business journeys in the region. Being one of the largest employers in the region, Blum supports its employees in using environmentally-friendly modes of transport. The company advertises and actively promotes ecological campaigns such as the “Radius - Bike to Work Competition” held throughout Vorarlberg.

Bespoke package of products and services

For Blum, the Eurocucina in Milan is a very important international trade show. It provides a yardstick to assess how well furniture manufacturers accept the company’s products. This year in Milan, customers displayed many new Blum products which the company had presented at trendsetting interzum in Cologne the previous year. These included Expando T, the unique fixing method for thin fronts of special materials which opens up completely new design horizons and the new Aventos HK top lift system. Customers also presented the multitude of differentiation options offered by Blum’s box systems. There is still a very strong trend towards handle-less designs which can be implemented with Blum’s wide range of motion technologies (both mechanical and electrical systems). All motion technologies are tailored optimally to every application. Blum again extended its offering of services in the last business year. In addition to products, services are an important part of Blum’s overall performance.

The transition to the next generation in Julius Blum GmbH will be initiated at the start of this financial year. Managing Directors Gerhard E. Blum, Philipp Blum and Martin Blum will jointly manage the company from 1 July 2018. They will be supported by longstanding employees Urs Bolter (Managing Director of Blum International Consulting) and Gerhard Humpeler (Head of Finance). The Management Team and the Corporate Management Group will gradually take over the responsibilities of Gerhard E. Blum as of the start of the 2018/2019 financial year. After the transition on 1 July 2019, Gerhard E. and his brother Herbert Blum will continue to jointly manage the holding company of the Blum Group.

“We will approach the new business year with restrained optimism. There are many question marks and there is a great deal of uncertainty about future developments. On the one hand, the Brexit process in Europe has still not been clarified and it is uncertain what direction the EU should take. On the other hand, we are deeply concerned about growing national interests, e.g. the mutual imposition of tariffs and an escalation of economic sanctions,” says Gerhard E. Blum, providing a prudent forecast of the forthcoming financial year.

The new Stamping Centre (Plant 8) in Dornbirn. Employees already moved into the first building phase in July; the second should be completed by the summer of 2019

Blum’s innovative fittings solutions in all three product segments (lift systems, hinges and pull-outs) support the implementation of modern furniture. They provide extensive scope for differentiation and individualisation and even more practical benefits. 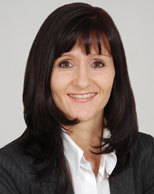